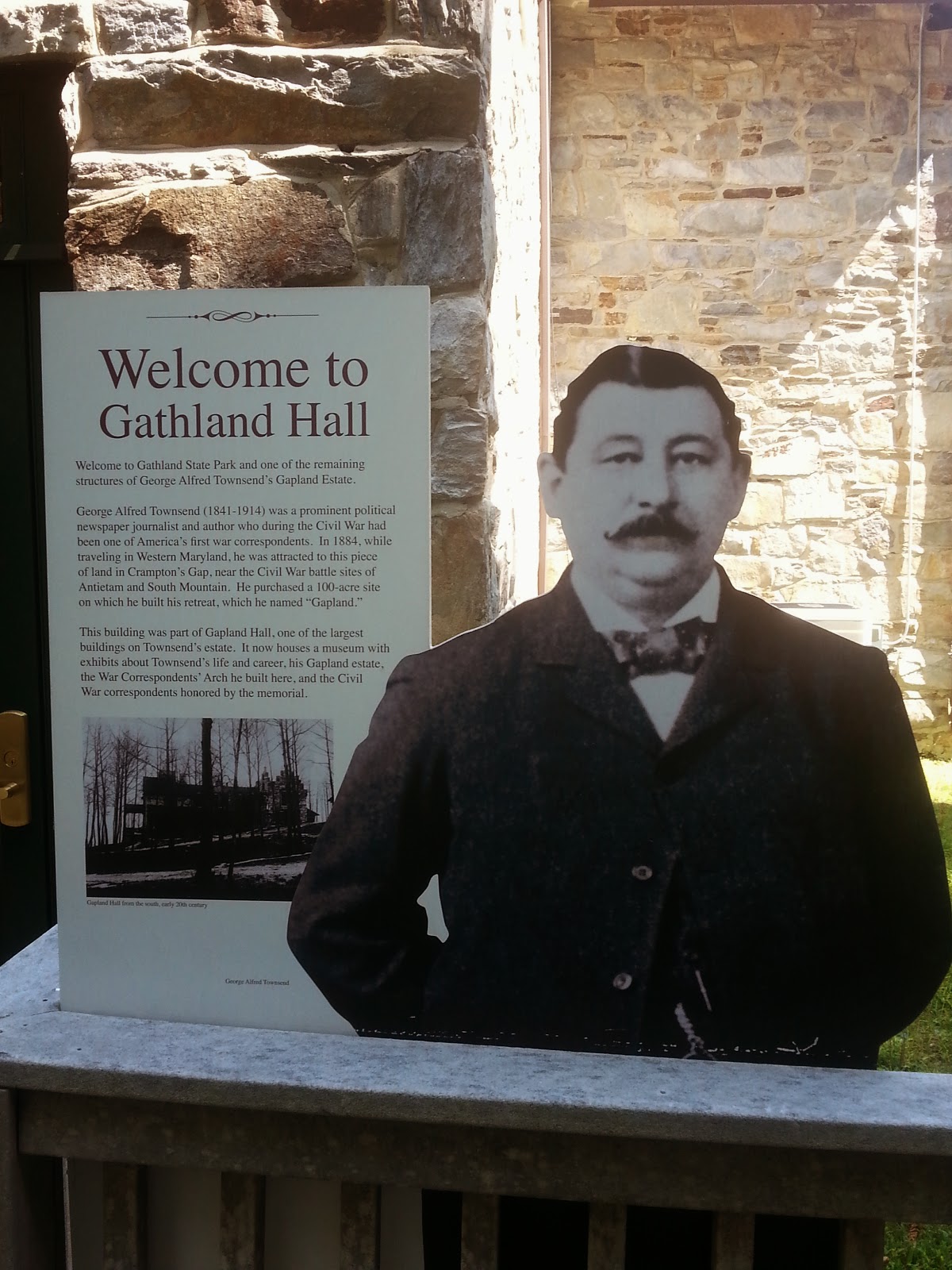 Out in western Maryland, just next to Burkittsville, Maryland, sits this little state park on the Appalachian Trail. Gathland State Park opened to the public in 1949, but previously was the home of George Alfred Townsend, a noted war correspondent and novelist. Townsend was better known by his nickname "Gath", thus the name of the park.

Gath was born in 1841 in Georgetown, Delaware. By 1861, he had already been working as a journalist when the Civil War broke out. After the war ended, he continued to work as a reporter and also authored several successful novels. 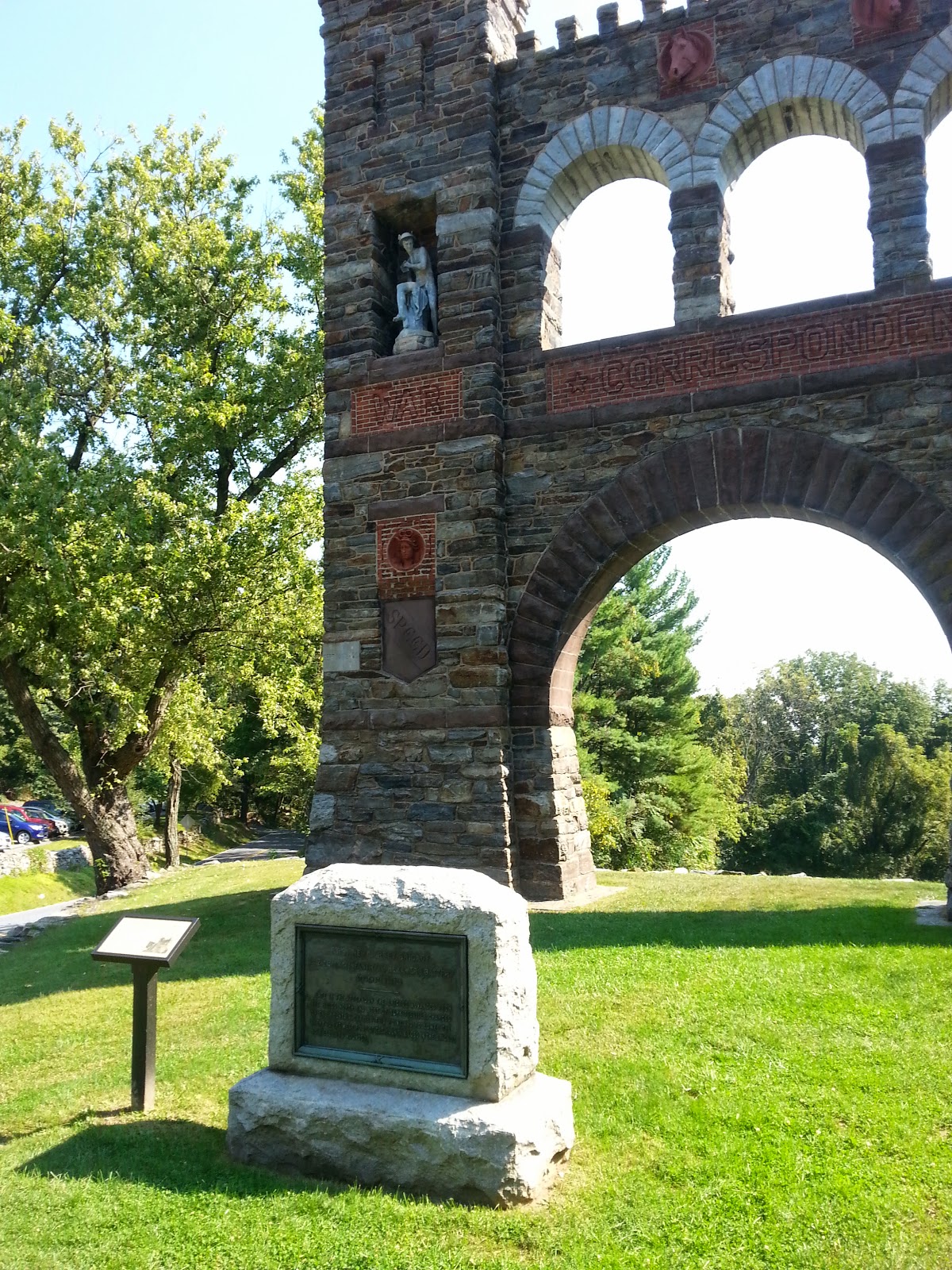 In 1884, Gath bought property on the South Mountain in western Maryland, to build an estate. Among the various structures built, he constructed a memorial arch to all journalists who died in combat. Over fifty feet high, this impressive stone monument called the National War Correspondents Memorial, was the only such memorial until recent history. During the Civil War, the site was part of the Battle of Crampton's Gap, thus making the location very appropriate. 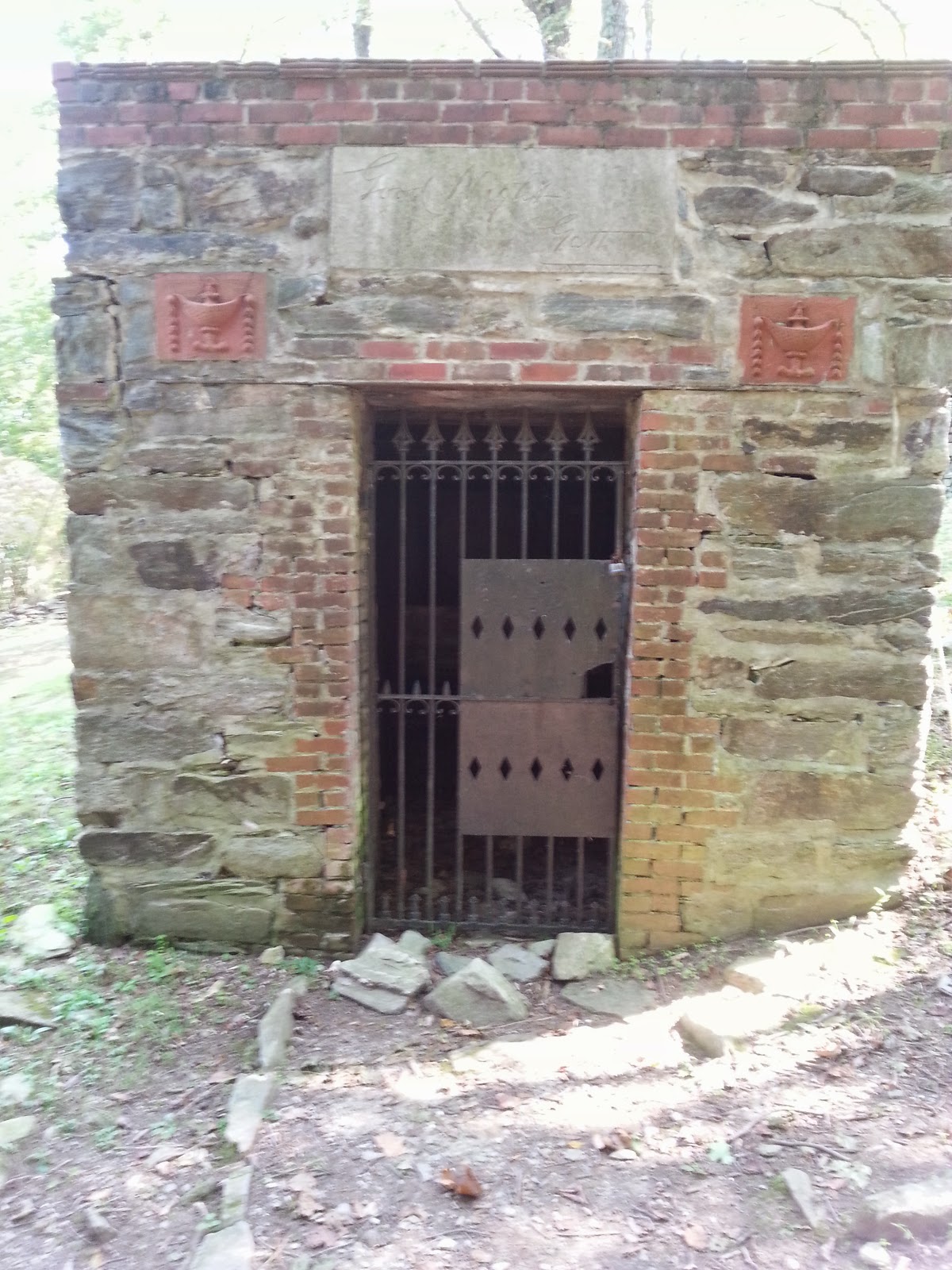 Another interesting fact about his estate is that it contains his empty tomb. No, Gath wasn't a vampire or a deity. In his later years, Gath moved from his estate to New York City, where he died in 1914. He was buried in Philadelphia. The tomb was never used. Despite this, Susan Fair, author of Mysteries and Lore of Western Maryland, suggested that Gath's ghost haunts his old home.

Gathland State Park is free and open to the public. Details on visiting can be found at the official park website. In addition to seeing the memorial arch and surviving buildings, the spot is a good location to start a day hike on the Appalachian Trail.

For additional information about Gath or the area, be sure to pick up George Alfred Townsend and Gathland: A Journalist and His Western Maryland Estate by Dianne Wiebe. Wiebe also happens to work at the museum on the property and can answer any of your questions about Gath or his property. The previously mentioned Mysteries and Lore of Western Maryland, by Susan Fair also provides alternative information about the property and other locations in western Maryland. Finally, you may view my photographs of the Gathland here.