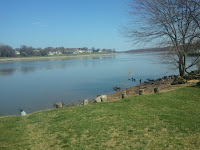 Located on the eastern shore part of Cecil County, Chesapeake City's history is deeply linked to the building of the Chesapeake & Delaware Canal.

Named Chesapeake City in 1839, the town grew to its peek population in 1849. Today the city is rather small, but it is pleasant enough and worth a visit.

There is a museum dedicated to the canal. There are various bed and breakfast type places, small shops, and restaurants, including the Bayard House. 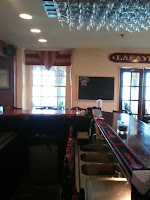 According to the bartender at the Bayard House, the city was founded by Irish immigrants who had built the canal. St. Patrick's Day was exceptionally busy at their bar. I visited there two days later, however, and the place was empty around lunchtime, the explanation given that the regulars were still recovering.

At the downstairs bar, the food was sufficient, the beer was not unreasonably priced (if you consider the typical prices today not unreasonable), and the staff was friendly and helpful. The view of the canal was also good. I would have no objection to returning and would not discourage others from eating or drinking there. 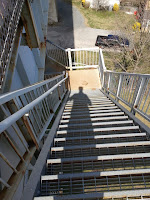 There is a large bridge over the canal that separates the two parts of the city. There are steps near the free parking lot to walk up the bridge. The bartender at the Bayard said he once walked over it, but swore he would never do it again as it unnerved him. After drinking some beer, I decided to give it a try.

Walking up the old stairs was a bit scary. Once on top there was a sidewalk for pedestrians. The bridge shook a little as cars, and especially trucks, drove by and parts of the bridge looked old and rusty, but I survived unharmed. Below are some pictures from this experience: 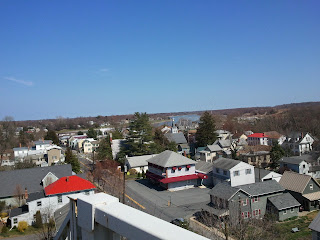 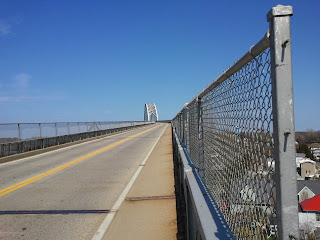 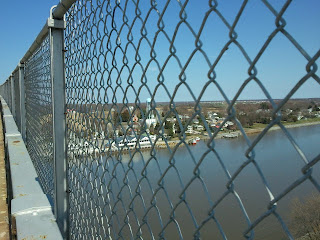 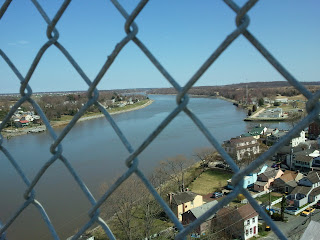 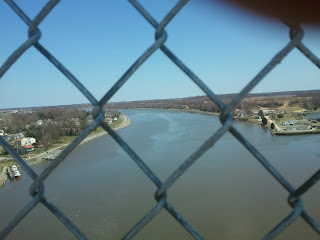 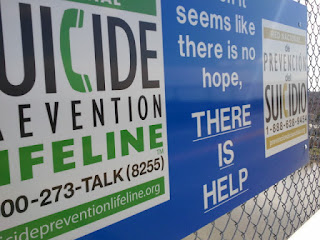 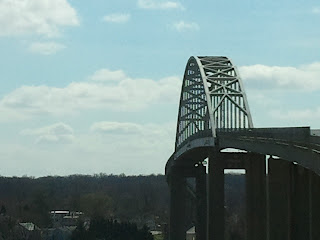 Other pictures from that I took of Chesapeake City can be found here.
Posted by William Cooke at 4:21 PM 1 comment: